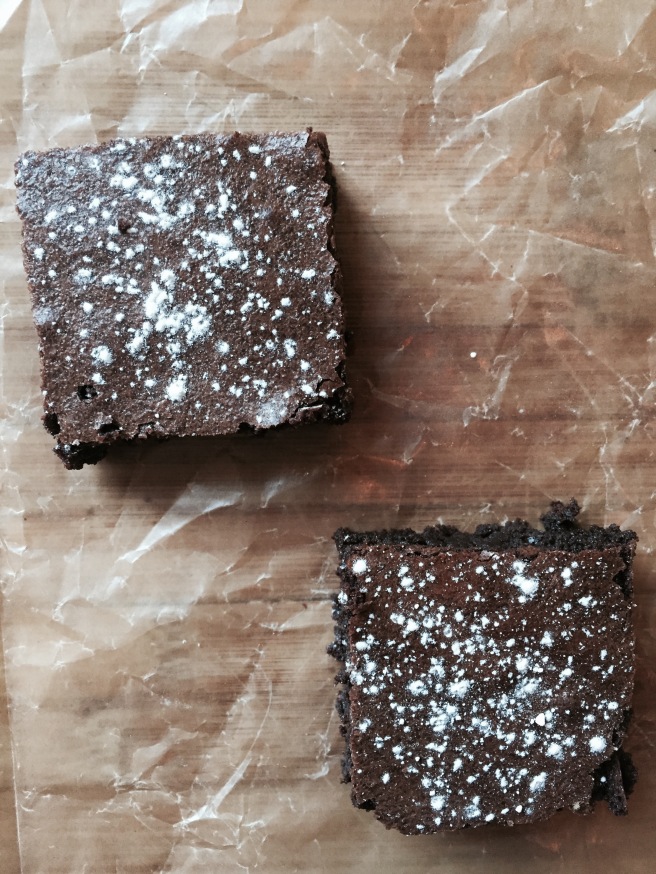 A few years ago, when my family was on a Downton Abbey kick, my mom gave my twin sister Maggie and me a new brownie recipe to try out –an uneven magazine clipping that she had taken out of Bon Appetit a few days prior.  I’m pretty sure that when she read the words“browned butter” in that recipe, her heart did a flip or two!  Anyways, she gave us this recipe to make one Sunday evening about a half hour before the 8:00 Downton Abbey special coming on, and despite our initial hesitation to (what?) melt butter and brown it in a saucepan for the recipe, we followed through with it.  And once we did, we were so glad!  The heavenly scent from the oven began calling to us after a short while, and when the timer beeped we took our pan out and gazed at the shiny dark brown color of our treats.  After letting them cool (impatiently), we carried a plate of them into the den where the show was on, along with a few glasses of milk.  I think between the four of us (Mom, Dad, Maggie, me) we ate over half a pan that night! Despite their richness, these are seriously addicting.

Thus started a phase of watching Downton every Sunday along with our favorite signature brownie.  Sadly, now with my mom eating gluten-free, and my dad watching what he eats, I can’t say we make these every Sunday to accompany the show…  It was a great thing we had going while it lasted though!

So there you have it: Downton Abbey brownies = brownies the Boggs family traditionally eats while watching Downton Abbey.  However, though I’m not sure that Lady Mary and the rest of the gang would eat brownies at tea-time, I would imagine that if they did, these would be the ones.  These are just about the classiest brownies out there!  Full of dark cocoa powder, browned butter, and just a scant 1/3 cup +1 tbsp flour, these reach new heights of brownie perfection.  And the texture—definitely 10x better than the average boxed brownie mix—these are some of the softest, fudgiest brownies ever!

The extra step of browning the butter is most definitely worth it, too… It creates a nutty, aromatic layer of flavor and a decadent chewiness to the batch.  Do not skip this step!

Here’s a picture of what the finished browned butter should look like, in case you’re curious: 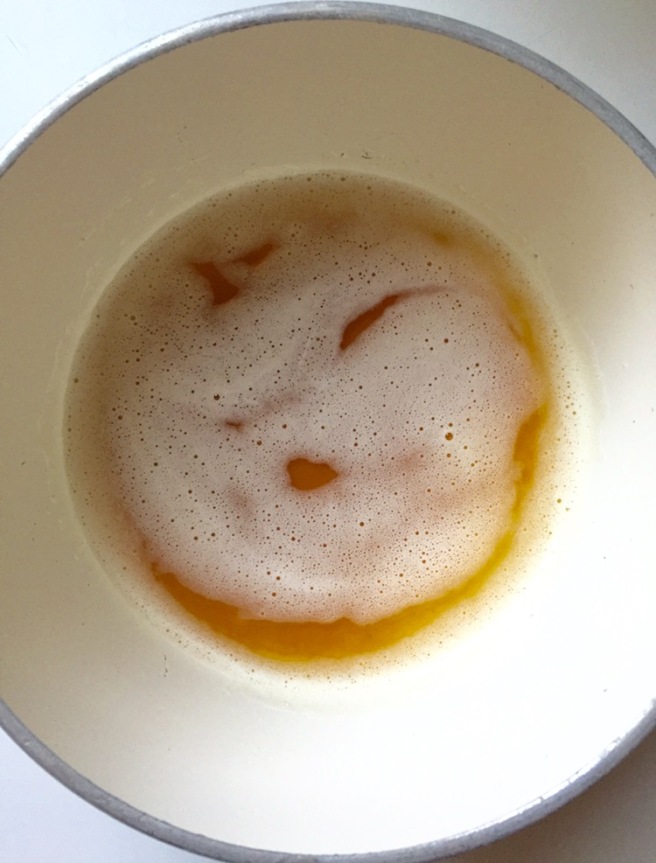 After that, add sugar, cocoa, water, vanilla and salt to the hot mixture taken off the heat.   Let sit for five minutes before adding eggs. This is important! You don’t want scrambled eggs in your batter!  Then add chilled eggs one at a time. 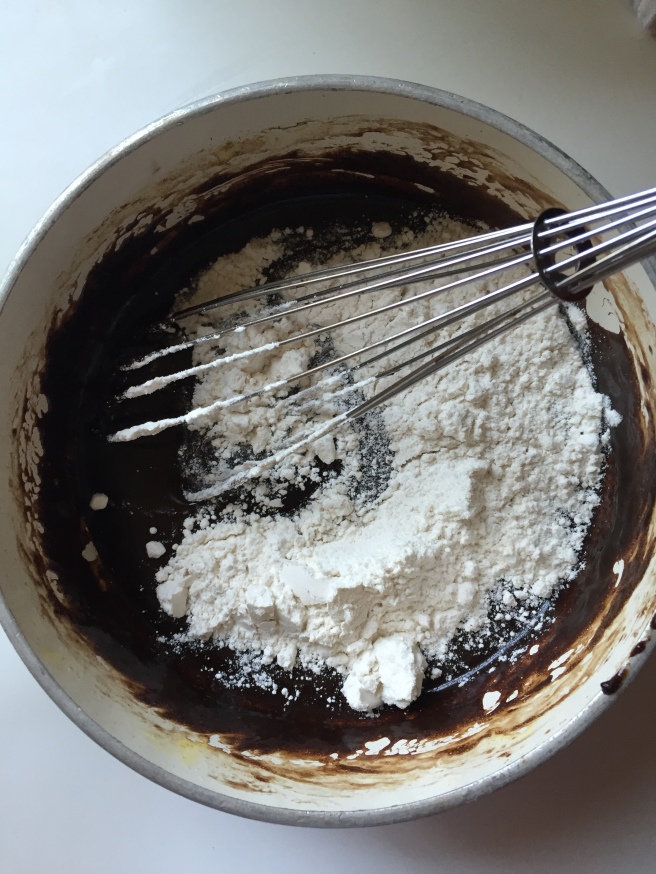 Remove from the oven, cool, and cut into 16 squares.

And of course, we can’t forget the powdered sugar on top! Add a light dusting. 🙂

a. You can add either coarsely chopped walnuts or pecans to this recipe if you’d like. Personally, I think the richness of these brownies is perfect on its own, but for added crunch you can definitely add nuts.

b. These brownies last for up to five days, sealed in an airtight container at room temperature.